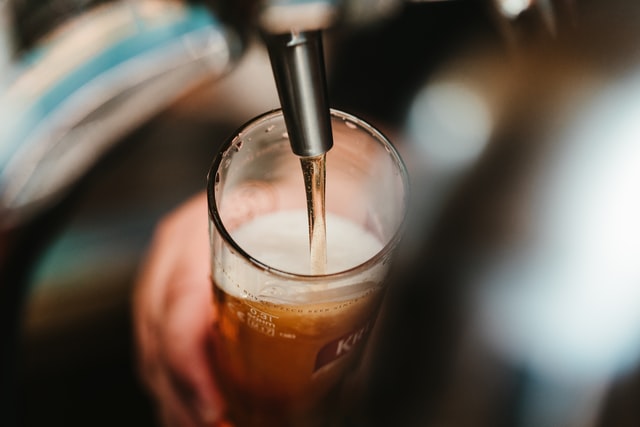 Looking for a happy hour spot where the ambiance is as good as the beer? Look no further than the Lake Anne Brew House. It’s the brainchild of husband-wife duo Jason and Melissa Romano. He handles the beer side of things—he’s been a home brewer for years, and has even won nine medals in the Virginia Brewers Guild Beer Cup. Meanwhile, architect Melissa has designed a midcentury-modern space that feels more like an upscale Parisian cafe than a local brewery.

Pops of orange stand out among a mix of eclectic seating options, from futuristic comfy chairs and high-tops inside to classic picnic tables and benches on the deck. Choose a spot to sit and socialize over whatever brew you choose from the rotating tap list. It’s updated every week to include new and unexpected creations from Jason, always inspired partially by the season and partially by his own preferences and innovation. You can currently order a pour of the Wanderlust Belgian Blonde Ale, the Reston Red, or the Live Work Play IPA, which all sit on the tap list alongside staples like the Lake Anne Lager.